Some people may or may not know the groundbreaking work of Donald E. Westlake aka Richard Stark. I suspect many Stephen King fans will be synonymous with The Dark Half novel, and the film adaption. King pays homage to Stark in literary salute by calling the alter ego of the main protagonist, George Stark. King is often known to use such hybrid measures even in his pen name, Richard Bachman, sending yet another literary salute to Richard stark.

The Hunter was released in (1962) and is the first in  twenty-four books published between 1962 and 2008.  Featuring the main protagonist, Parker and written under the pen name, Richard Stark, and from the get go the book is cinematic. The reader can almost feel Westlake had written a dozen screenplays, mastering his vision before projecting it to the masses – with The Hunter and if he didn’t, it at least feels that way. 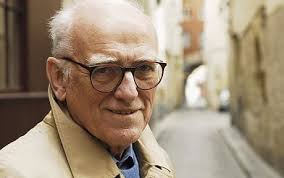 Parker is as hard as nails. A nihilist, and the characters he encountered on his travels in The Hunter are completely Nietzsche. One can almost feel from the start that Parker is pissed, but we really don’t know why, and although Parker drips with sociopathic tendencies, we really don’t seem to care… we just follow. The novel eliminates the mere dribble of description, and in a lot of ways acts as an anchor for Parker’s travels. Westlake uses the elements of identity as seen in his further works, and most notably for the screenplay the Stepfather 1987, and later Parker novels as a pragmatic theme throughout.

The Hunter asks quite a bit from its readers and a little too much for the female crowd. Perhaps Jean-Luc Goddard was onto something special when he directed and wrote Made in the USA 1966, a colourful remake of The Hunter with disneyesque production design. Goddard optioning to reverse the gender, Parker was portrayed by the ever wonderful Anna Karina as Paula Nelson.

Questions arise such as, why is Parker or the main protagonist so far beyond driven? The opening page has Parker in an almost rebirth phase, walking into new York city. A theme mirrored in pretty much any revenge film or book to date.

“I’m going to drink his blood, I’m going to chew up his heart and spit it into the gutter for the dogs to raise a leg at. I’m going to peel the skin off him and rip out his veins and hang him with them.”

As the novel progresses we later learn of the betrayal theme so often used in the revenge crime genre. The heist goes perfect, but in the aftermath Westlake uses the betrayal formula, and pretty much runs with it till the end. The betrayal comes in the form of Parker’s wife, Lynn, and most importantly, Mal Resnick.

For the sixties, Westlake does a wonderful thing, just as Dashiel Hammet had done with his hard-boiled fiction. He takes us inside the mouth of hell and into the criminal underworld with such ease, by leaving us by the end of the book somehow lost and wanting more of Parker. Possibly due to the fast show prose that Westlake injects into the genre.

Westlake uses the flashback narration as a theme for mystery and intrigue in the roundness of his main protagonist, Parker, and this is where The Hunter, as a story, relishes in strength. As we begin to learn the betrayal after the heist, we tend to feel some sympathy for Parker adding some balance to the story. We then begin to learn that all Parker really wants is to pull off the occasional heist, and kick back in hotels till his cash depletes.

For nineteen sixty-two, the action sequences are sharp, fast, and cut-throat, making The Hunter a little something different, possibly due to the fact that the book feels as if it’s aimed towards masculine readers. This gives it further credence for the book to be stopped and picked up again offering a fairly easy read.

In the film adaption of The Hunter, one can almost feel Westlake’s hostility to his adaption, or shall we use the term adoptions. Being a huge Lee Marvin fan myself, having my mother name me after him, it would be a little bias of me to offer my viewpoint on John Boorman’s amazing crime classic Point Blank 1967, which is an adaption of The Hunter, but stands alone as a prolific classic crime film on its own. 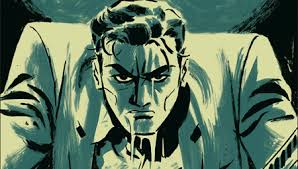 Readers of crime fiction would do well in tracking down The Hunter graphic novel by Darwyn Cooke’s vision of Parker stays close to the source material and is possibly the best vision of parker.

Although not a horror, the budding horror thriller writer would do well in absorbing Donald E. Westlake’s legacy. And if machine-gun, nihilistic Nietzsche, bullet-driven cinematic prose is your thing, and you have an idea for a story that needs to be contained into a neatly woven piece of crime noir fiction, then The Hunter by Donald E. Westlake aka Richard Stark may just be for you.

I shall leave you with this quote:

“The office women looked at him and shivered. They knew he was a bastard, they his big hands were born to slap with, they knew his face would never break into a smile when he looked at a woman. They knew what he was, they thanked God for their husbands, and still they shivered. Because they knew how he would fall on a woman in the night. Like a tree.”